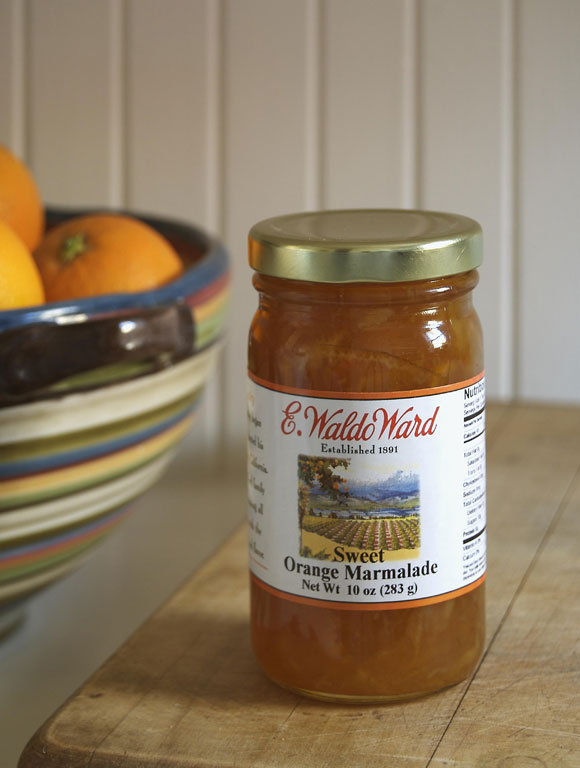 It's hard to believe that a sweet, jelly-like spread would be so popular. It's the favorite food of Paddington Bear, it's used in the lyrics of songs, and someone even paid 5,000 pounds for a jar of the stuff. But what is marmalade?

While the definition has changed over time, today marmalade is a sweet jelly that contains suspended fruit rinds and fruit chunks. It can be used as a spread for toast, as an ingredient in baked goods, and even alongside vegetables, chicken and other meat.

Now that you know what it is, let's look at the origin of the name (etymology) and the history of marmalade. In one story, Mary, Queen of Scots, suffered from seasickness. Her doctor concocted a sugary orange mixture to make her feel better and marmalade was born.

In this story, the name marmalade came from Marie est malade, which translates into Mary's illness. Try saying Marie est malade three times fast, and you can see how it sounds like marmalade. While this tale is pretty interesting, most historians consider it a myth.

In another story from the 1700s, a Spanish ship was damaged and had to go to land. The ship was carrying Seville oranges, and the captain sold them off to a merchant whose wife made them into a jelly-like preserve (marmalade). Unfortunately, most historians consider that a myth, too.

A more accurate (and less interesting) account is that the word 'marmalade' comes from a Portuguese word for quince, or marmelo. Originally, marmalade was made from quince, which is a fruit that looks like a pear. This variety of marmalade was expensive, so eventually someone decided to use oranges, which were cheaper compared to quince. Even though the quince was replaced, the name marmalade stuck.

Recipes for jams and jellies that are marmalade-like date back to the 1500s. There's a recipe that is fairly close to today's marmalade in a cookbook from 1677, so it's safe to assume marmalade has been around for quite a while.

In the late 18th century the Keillers of Dundee, Scotland, James and his wife Janet are credited with popularizing marmalade by being the first commercial producers. While marmalade continues to be widely enjoyed in Europe, it has gained popularity in the United States with a wide variety of new and interesting flavors and combinations.